Surrogacy, the idea of bearing and giving birth to a child of someone in exchange for some money whom she will not parent is quite common in the world.

There is a lot of surrogacy laws present in the world. The technique dates back to 1986, but the concept is still new to some. 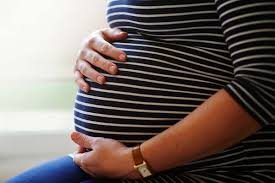 It is blindly followed by the gay community who find it as their own source of reproductive technology to have biological kids but condemned by some feminists who find it a way of exploiting female bodies.

A bill was passed in the New York State Assembly that would make paid surrogacy legal but Gloria Steinem opposed it ferociously.

She stated that women would be nothing less than rented vessels while their fetuses would serve as a property of someone else.

The book “Full Surrogacy Now: Feminism against the Family” by Sophie Lewis is fully against the legalization. The author writes in the interest of surrogates and prevents their exploitation.

She compared the surrogacy process to sex work and claimed it to eradicate, separate, and criminalize gestational workers, forcing them to go underground, often to distant lands, and risk prosecution.

Though the debate of for and against surrogacy is hugely irrelevant. The author doesn’t provide any straight to the point suggestions but obviously suggests theoretical approaches.

Another serious concern raised by her is that why anyone like would to get pregnant and later asks if this is a good way to continue the human race.

She also stated with proof that several surrogacy centers mistreat and underpay their workers. However, the centers have proved their point that surrogates make more income than anyone at the other job.

They also counter the charges by stating that the women chosen as surrogates have their own child so that they know how tough it is to raise a kid and they would not develop any feelings for the surrogate child.

Surrogacy is obviously a great way to get a genetically same child for those who cannot become a parent. However, the question is does it really exploits surrogate mothers or not?

And that would answer if it really makes the world a better place or not.