Menstruation is also called the menstrual cycle, menses, or in layman terms, periods.

The menstrual cycle (28 days) is a series of cyclical physical changes that occur in women once they have reached adolescence. 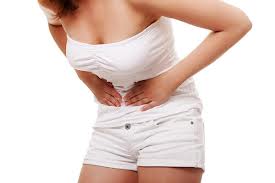 Menstruation is the period (usually four days) when there is bleeding from the uterus through the vagina.

Sex hormones such as Estrogen and Luteinizing hormone (LH) cause menstruation in women.

This occurs prior to the onset of periods and might continue through the period.

Due to the hormonal changes associated with menstruation women also go through mood swings, stress, depression, and irritability.

Around 10 % of women face such severe pain during periods that they are unable to go to work or to college/school.

It is very sad to reveal that woman often suffers from various common problems and symptoms during menstruation periods.

Some of such problems are:

It refers to all those symptoms that women experience before their periods begin every month.

The various symptoms of this common problem are physical reactions like food cravings, tiredness, headache, and bloating.

When a woman experiences no periods, this condition is known as amenorrhea in medical terms.

A woman who has never had a period is said to be affected with primary amenorrhea. This is usually a rare condition but occurs due to genetic or physical abnormality.

When periods suddenly stop though you have been menstruating regularly, then this condition is known as secondary amenorrhea.

Pregnancy is one of the most common reasons for it. But some other causes of missed periods are stopping the use of birth control pills, hormonal imbalances, breastfeeding, extreme weight loss, stress, and excessive exercise.

When a woman experiences long gaps between her periods like more than 6 months gap is called oligomenorrhea and should be certainly consulted with a doctor immediately.

Medically the condition of heavy bleeding in women is known as menorrhagia. This condition occurs due to factors like uterine growths, hormonal imbalance, and endometriosis.

The severe nature of this ailment can make a woman anemic, therefore immediate doctor’s help should be taken to deal with it.

Unusual vaginal bleeding after sex, between periods, or after menopause is a part of serious problems which require immediate medical attention.

It is a serious menstrual condition that causes severe menstrual cramps and pain associated with periods.

For treating these common problems and symptoms during menstruating periods, a healthy and nutritious diet along with proper medication should be taken under the doctor’s guidance.

How to Relieve Pains During Periods?

Some of the ways a woman can relieve pain during menstruation are medicines such as nonsteroidal anti-inflammatory (NSAID) drugs upon prescription by a doctor. 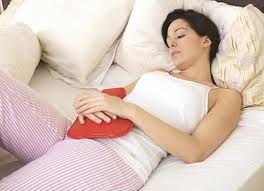 Other options include having a hot pack on the abdomen and massaging the abdomen region gently, exercising for 10 – 15 minutes.

Since stomach cramps are caused at times by dehydration, it is essential to drink plenty of water during periods.

Women need to take dietary precautions to minimize discomfort and PMS, as well as maintain health during periods.

Coffee, salty and oily food, and meat intake should be reduced, and women should drink plenty of fresh fruit juices and have salads.

Woman’s health needs are different from men’s, and this is much more pronounced with reference to the menstrual cycle.

Relaxation techniques and yoga will help women deal with the stress associated with periods while regular exercise will keep their body supple and fit so that menstrual cramps are minimized.

Women also need to take extra sanitary care, by changing their sanitary napkins once every five hours and avoiding certain activities such as swimming.

Sanitary pads should be nonalcoholic and it is a good idea to avoid perfumed pads as they might cause allergic reactions. Women should also take dietary supplements such as Calcium, Vitamin B Complex, Magnesium, and Folic Acid.

Woman’s health care is essential, especially during periods. By taking health care every woman can breeze through her periods as though it were a normal day.